The HKAVE (Hong Kong Audio Visual Expo) opened on June 10-12, and with an entry fee of just 60HKD, I decided that I definitely had to go check out if there were any new IEM offerings to try out. 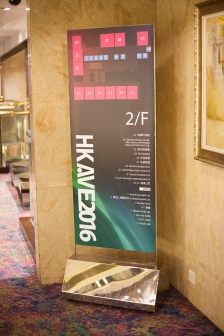 Fortunately, even though it was mostly hi-fisystems dominating the showfloor, there were a few booths that sold IEM related products which included Let’s Go Audio as well as a smaller booth from Noctua Audio, which is a very new audio cable startup straight out of Hong Kong. I also received a free audiophile testing CD from the event which has a select playlist of songs from various genres as well as pure audio system setup test tracks for phase tests, stereo imaging, burn-in tones, and channel identification.

I took the chance to listen and demo a few of the offerings at Let’s Go Audio which included (in order of ascending price):

I had a great experience demoing all of these, but due to the short time I had with each, today’s review post will only consist of some short initial impressions.

Ultimate Ears UE-900S (~1900HKD)
The demo unit had Comply tips on it, so the sound signature would have slightly more emphasis on the low end and pulled back high end.

-Compared to w50 , it has more push in mid-high range; lower end sound of snare drums reproduced with more warmth and strength
-Mid-highs really hit right inside your head
-Highs comparitively recessed
-Soundstage does not sound especially wide
-Separation of sound is not as clear
-A bit of bleed over from lowmid frequencies 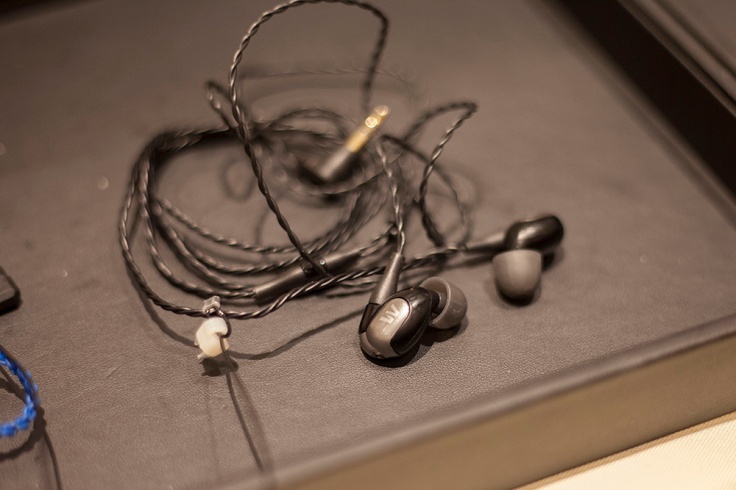 Westone W50 (~5300HKD)
-Definitely sounds like a successor to the Westone 4R, with a fuller, warmer bass and slightly more pronounced midrange, but overall, the W50’s sound signature is focused on the mid-high to high range.
-Bass sound is still very clean sounding, this is not a basshead IEM by any means.
-Cable more comfortable
-Compared to the 4R, vocals are warmer and more forward
-Just like in the 4R, highs are extended and very crisp and clear; most notable audible in how snare drums sound extremely snappy and sharp

Ultimate Ears Pro Reference Remastered (~8200HKD)
-These were probably the most reference, neutral sounding IEMs I’ve tried so far
-A very balanced sound; I would imagine the frequency response graph to be relatively flat
-For an IEM with only 3 BA (Balanced Armature drivers, and yes I know, more drivers doesn’t necessarily mean better), it recreates the whole range of sounds very well.
-The sound signature is not coloured at all
-Very capable even when pushed to limits of low end and high ends, sounds are still very smooth with no distortion.
-Separation and imaging is good, and it doesn’t artificially create a wider soundstage like the Jerry Harvey Layla or Empire Ears Zeus does
-Definitely useful for people who need to mix audio. 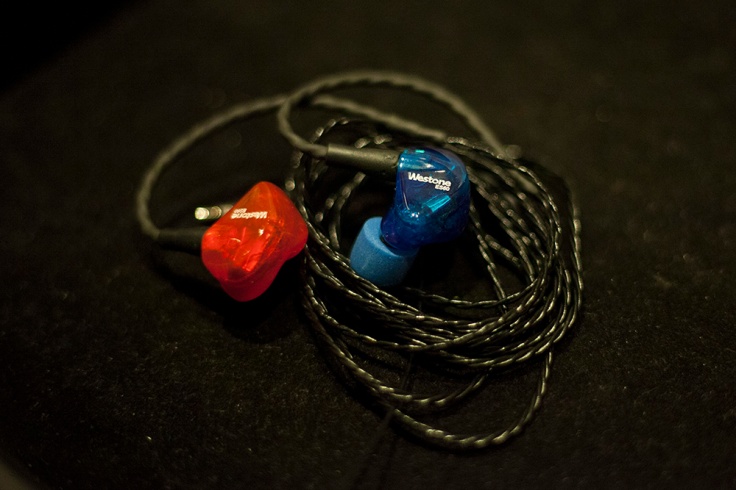 Westone ES60 (~10,000 HKD)
-First impression is that there seemed to be a mid-high frequency bump
-Would not really recommend for trance or listening to genres of music that focused on the low and high ends more.
-However, vocals sounded extremely warm and much more forward
-Sub bass and bass frequencies did not have deep impact
-Soundstage was quite intimate 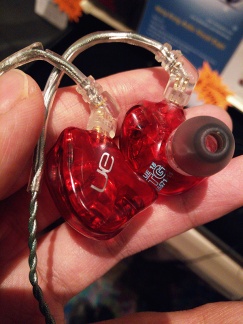 -Can instantly tell that this was a top of the line offering from UE, every frequency range is reproduced effortlessly. I tried out all sorts of genres on it and was wowed by how good everything sounded.
-Reminds me of the Noble K10 but with slightly more emphasis on the low-mid range frequencies
-Bass was solid and impactful without bleeding over
-Clarity and separation rival the K10
-Highs are smooth and warm in tone, not very bright
-Pluck of guitars is clear and inoffensive, no sibilance

64 Audio U12 (~14,000 HKD)
-Slight emphasis on bass side but overall a very polite sound signature, I would say their sound description chart on their website/pamphlet is pretty accurate (descending emphasis from subbass-bass-mids-highs)
-By ‘polite’ sound signature I mean that even though there is a subbass and bass presence, the subbass doesn’t rumble, the bass doesn’t slam like the Shure 846, and highs don’t twinkle like a Campfire Audio offering, but are all clearly audible in its own quiet, reserved way.
-Sound stage is decently wide
-As this was the last IEM I tried yesterday, I thought I would suffer slightly from fatigue of listening to everything so closely, but somehow the U12 was quite comfortable to listen to despite this. Perhaps the ADEL unit really works to reduce pressure on our ear drums?

I also got a chance to check out a custom cable company called Noctua Audio, who only started up recently in Hong Kong. They offered both IEM cables as well as cables for hifi systems. I was more interested in their IEM cables of course.

They had a few different cable offerings which they said were very unique combination of  PCCOC (Pure Copper Ohno Continuous Cast) and OCC Silver. Whether you believe in cables or not, I’m sure the leather cable clip, the braiding style and the flashy colours will appeal to some enthusiasts. Cecil from Noctua Audio also mentioned that they could custom make the length and connector type depending on the customer’s needs.

And that about wraps up my experience at the HKAVE 2016.
Stay tuned for our upcoming reviews!